You graduated from college a few years ago. You landed a great job. Since then, you have been saving up to buy your first home. Now, you are ready to make the purchase. You are both excited and a little nervous about the process of buying a new home. If you are purchasing a home for the first time, consider these three tips.

It is important to know how much you can actually afford. Not only do you need to take into account the down payment and monthly mortgage payments, but make sure you factor in closing costs and other expenses associated with purchasing a home. To help you better understand your budget, get pre-approved for a mortgage loan. If you understand your budget prior to looking for homes, you will not find your dream home only to realize you cannot afford it.

END_OF_DOCUMENT_TOKEN_TO_BE_REPLACED

The perfect way to dress up any room is with a feature wall! Choose one wall in your room to be the standout with some type of stylish design. Think wallpaper, pop of color, or even the latest trend: shiplap! This shiplap wall behind the master bed gives a focal point to the room and adds a touch of extreme style. Bonus: since it’s only one wall it’s a cost effective design!

The excitement of moving into a new home and a new neighborhood can be exhilarating and overwhelming. Unfamiliarity is always uncomfortable. Plan ahead to be sure your personal essentials are easily accessible the first night and morning in your new house. And check out the new neighborhood before you arrive, so you can find any supplies you may have forgotten. The sooner you are settled into the house, the sooner you can explore your new community.

Start with a “First Night Box”

The first night in a new home is also the most challenging. Planning and packing a single box (or boxes) will ease the stress of the transition into the new space. Include supplies for going to bed, and getting started the next day. Every individual and family will have special needs to be included; most people will benefit from having these items ready to go:

END_OF_DOCUMENT_TOKEN_TO_BE_REPLACED

Layered art is one of the unique ways to switch up how you think about your walls! The layering of several pieces gives dimension, interest and an opportunity to let your art exist together in a new way. This style is best utilized with an entryway console or a media unit, where you can hang some of the art of the wall and let others rest on the furniture while mixed in with accessories.

First-time buyers and golden-agers looking for retirement comfort can both make the same mistakes when purchasing a new home. Motivated to find the “perfect house”, often people buy houses based on emotions, and not on good sense. Taking the time and care to make a truly educated decision about what house to buy will ensure that the purchase will prove its value over and over again in the coming years. Here are few considerations to keep in mind on your next “new home” excursion:

END_OF_DOCUMENT_TOKEN_TO_BE_REPLACED

The real estate landscape in downtown Danville is becoming an increasingly appealing market both for buyers and sellers, prompting some notable and eye-catching deals. On Thursday, April 9th, Trumark Commercial LLC completed the sale of the Blackhawk Financial Center in Danville, CA, to StarJ Partners, LLC for $7,875,000 (or $284.83 per square foot) as a Grant Deed. The Blackhawk Financial Center, originally built in 1999, has a total square footage of 27,648. Over the last decade or so, the Financial Center, located at 4185 Blackhawk Plaza Circle in Danville, CA has significantly risen in value. Previously, in 1997, Behring Educational Institute sold the space to Greenwood Properties LLC for $675,000 according to the sales report.

Michael Copeland with DTZ, commercial real estate adviser, represented both Trumark Commercial and StarJ Partners in the financial transaction back in April. Copeland, who has also been retained by StarJ Partners as the leasing broker for the space, suggests that the area of Blackhawk in Danville is an especially attractive location and could have contributed to the significant sales value of the building.

The space is located at the corner of Crow Canyon Road and Camino Tassajara. It is also located adjacent to Blackhawk Plaza, a prominent retail center home to several restaurants and retail stores. At the time of sale several weeks ago, the Class A building was 91 percent leased to multiple prominent business tenants such as Chase Bank, Skyland Properties, Trumark Insurance and Financial and Tucker Associates, among several others.

END_OF_DOCUMENT_TOKEN_TO_BE_REPLACED

Veteran Developer to Serve as COO
By Lyssa Woo
June 12, 2015

Peter Kiesecker joined Trumark Communities as chief operating officer of the new master planned community business. In his new role, Kiesecker will be acquiring and managing properties for Trumark.

Before joining Trumark, Kiesecker served as an executive at Standard Pacific Homes, where he was directly responsible for master planned communities as well as mergers and acquisitions. He also served as president of Greenpark Communities and Greystone Homes.

Trumark Homes once again lets you keep Pace with the upward Momentum of the real estate market by building new homes in Milpitas, California. The sentence is not only an amusing pun on the name of Trumark’s Momentum at Pace housing community. It’s also true.

The minute you walk into your house, you’ll welcome the returns on your housing investment such as a two-car garage, an open floor plan designed for entertaining, granite countertops for durability, and a tankless water heater for energy savings. Venture outside your home and you’ll realize that the pluses of your purchase extend to the surrounding community.

The area boasts nine award-winning elementary schools, two middle schools, and two high schools. There’s also an Adult Education Program if you need to brush up on a subject or two. These options are managed by the Milpitas Unified School District, which has an Academic Performance Index (API) in the high 850s out of a possible 1,000 points. That score has been going up consistently every year. For 2013, Sinnot and Curtner Elementary Schools showed even higher scores of 927 and 922 respectively.

If you’re going for a post-secondary degree,

END_OF_DOCUMENT_TOKEN_TO_BE_REPLACED 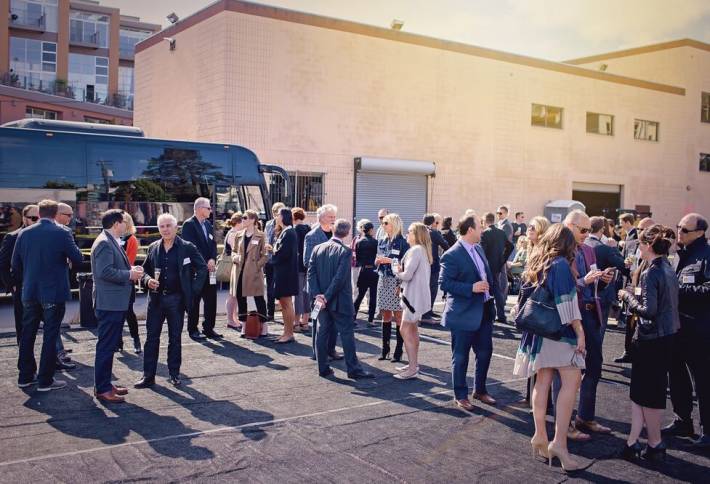 Two projects recently rolling in S.F.: Rowan at 346 Potrero Ave in the Inner Mission and Knox at 645 Texas in the Dogpatch. Here’s a cadre of real estate pros touring the groundbreaking sites via limo bus. The Trumark Urban projects represent an investment of $100M and will create over 400 new jobs in the city while dumping more than 110 affordable homes through fees and on-site development. Expect a late 2016 opening. Trumark, which has been shedding assets as of late, chose to bank on these two. Like at 2121 Webster, Ross Perot Jr. is an investor. 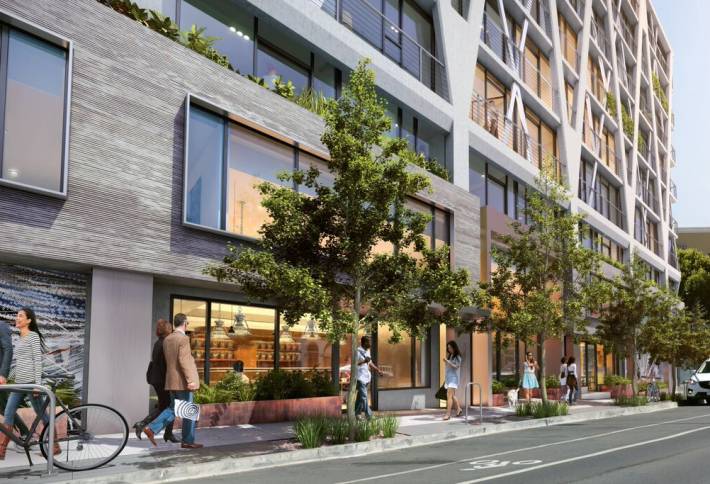 Glenn Rescalvo of Handel Architects designed the 70-unit Rowan, which will offer one-, two- and three-bedroom residences and a huge 3,200 SF roof terrace with gas barbecues and vertical gardens. Also expect a Zen Garden, sculptural fountain and wood deck. Knox, designed by BDE Architects (pictured), will have 91 units, including big family-friendly three-bedroom units. Also expect locally sourced artwork, including a water feature created from a reclaimed bridge, inside.

If you are tying to find a full of fun housewarming gift for your friends that just moved into that beyond gorgeous new pad, this set is exactly what you are looking for! A bocce ball set like this is both thoughtful and a great gift for playing games on summer days in their yards or community parks. Plus, you’ll likely get to benefit from this gift and play with them!